Liz Parrish Is Patient Zero in Her Own Anti-Aging Experiment 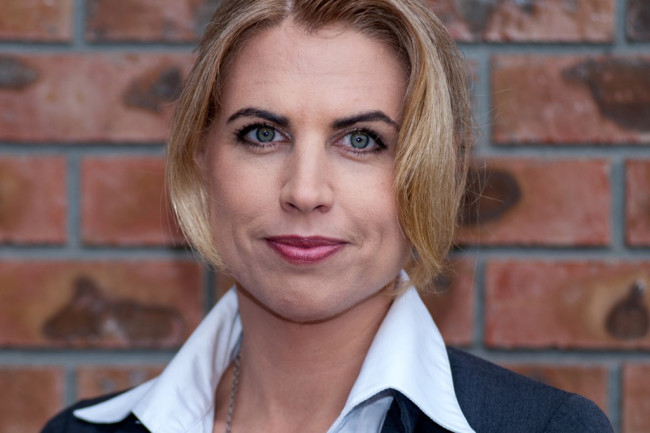 Liz Parrish is a CEO, humanitarian and patient zero in her own experiment. (Credit: BioViva) Elizabeth (Liz) Parrish is the CEO of BioViva, a biotechnology company that focuses on developing gene therapies, and other regenerative therapies, to intervene with human aging.

Last September, Parrish added an interesting line to her job description: patient zero for two anti-aging therapies that the company is researching. Parrish is receiving two kinds of injections, which are administered outside the United States: a myostatin inhibitor, which is expected to prevent age-associated muscle loss; and a telomerase gene therapy, which is expected to lengthen telomeres, segments of DNA at the ends of chromosomes whose shortening is associated with aging and degenerative disease.

The study will likely continue for many years. But last week, BioViva issued a press release describing an unexpected early result, offering a clue as to what the BioViva team might publish in the weeks or months to come. It will be unclear exactly what the BioViva researchers have found until the results do go through the rigorous process of scientific peer-review, but the un-reviewed BioViva report is raising some eyebrows. Telomeres of T-lymphocytes in blood samples taken from Parrish in September were 6.71 kilobases. That’s shorter than normal for Parrish’s age, but lymphocytes from the samples taken in March after six months of gene therapy measured 7.33 kb, according to BioViva. 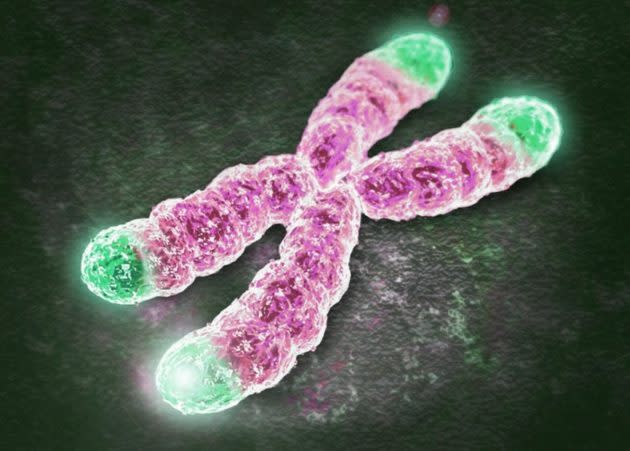 In this illustration of a chromosome, the telomeres are highlighted in  green. The company equates the reported 620-base increase to reversing the clock on Parrish’s chromosomes by twenty years. But there are numerous caveats noted by experts in genetics and laboratory medicine that were recently published by the non-profit group Genetics Expert News Service. For one thing, telomeres are being tested only in her T-lymphocytes, as opposed to all tissue types of her body, so even if the test result were evidence for de-aging of T-lymphocytes it doesn’t necessarily prove her entire body de-aged. “Long-lived T cells have shorter telomere lengths than newly generated naïve cells; and cells which have reached their maximum limit of cell divisions have shorter telomeres than any other cell type,” says Rita Effros, a professor of pathology and laboratory medicine at UCLA. “Thus, a simple change in the proportion of different cell types within the peripheral blood could easily explain the data.”Furthermore, notes Dr. Bradley Johnson, Associate Professor of Pathology and Lab Medicine at the University of Pennsylvania, “Telomere length measurements typically have low precision, with variation in measurements of around 10 percent, which is in the range of the reported telomere lengthening apparently experienced by Elizabeth Parrish.”These criticisms notwithstanding, Parrish serving as patient zero for a brand new treatment is a milestone in medicine, one that harkens back to the medical pioneers who regularly injected themselves with various new drugs over a century ago. Before BioViva’s news broke, Discover’s Dr. David Warmflash interviewed Parrish about the therapies and her feelings about being the first test subject.Read more…
This entry was posted in Invent and Inventions. Bookmark the permalink.